J.D. tries to impress Kylie by paying a hobo in the hospital to fake a heart attack, when everything becomes boring due to a quarantine that he caused.

Turk learns, that Carla dated Cox and gets mad at her for not telling him.

The Janitor makes a bet with Dr. Kelso, who is starving, that will make him pay $700, unless the Janitor is able to get a “face cake,” in order to satisfy him, from Laverne.

Also, Danni Sullivan returns to annoy everyone, causing a constant fight between Ted and Doug. 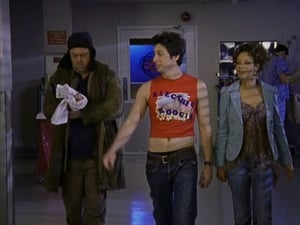