Dr. Cox is having issues with Jordan, since Ted revealed that they are still technically married due to some filing problems.

J.D. has problems of his own as he can’t shake off the tag of Co-Chief Resident the Janitor assigned to him, while Elliot keeps the Chief Resident tag.

Elsewhere, Turk begins to doubt his abilities after letting a patient die and isn’t helped, when he finds out J.D. has no confidence in him either.

Dr. Cox and Molly spar about her involvement in his patients. 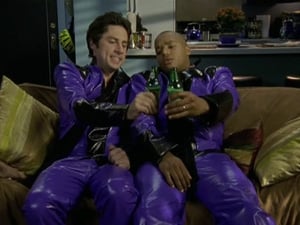